Trade shows are a popular forum for connecting with other businesses in the industry and marketing your products to them. However, those exhibit stands can also be used for selling products and services directly to consumers. So, are the best trade show ideas those that allow businesses to market to each other and network within the industry, or are they the shows which open themselves up to the public and allow consumers to attend and directly interact with the various companies and their exhibit stands?

It seems that the majority of trade shows these days are formatted in the former manner. In other words, they are designed primarily for B2B marketing and are open only to those who are employed in the industry. However, a growing number of trade shows are adopting a model which sees them opening themselves up to the public. Whether a particular show decides to go one way or another depends, largely, on what kind of industry the show is representing. 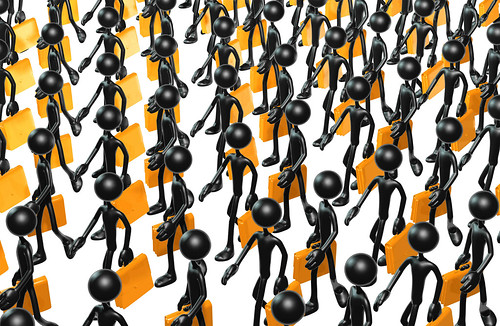 There are some industries which more naturally lend themselves to seeking direct exposure to consumers as the most effective trade show ideas. For example, many times shows that feature businesses like retailers will be open to the public, but this model doesn’t always hold. For example, one of the biggest trade shows, CES, is a display of consumer electronics but doesn’t allow the general public. In this case they decided to make the show for the industry and, perhaps more importantly, for media exposure.

Perhaps the best trade show ideas are those which are a mixture of all of these tactics. The entire show may not be open to the public, but portions could be to increase exposure to the products and services of the companies which are exhibiting. As well, exhibit stands may be focused partly on consumers and partly on marketing to other businesses. Keynote speeches and seminars would be focused on the industry insiders and also designed to allow the industry to get media exposure for its announcements.

There are many different formats for trade shows and B2B marketing, while it used to be dominant is now only one part of a large pie of tactics to make a trade show successful.

Need some ideas or inspiration?

See the diverse solutions created for our clients