How To Attract Media Attention To Your Tradeshow Booth 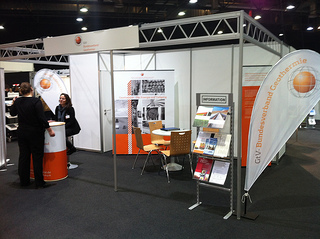 Trade shows are all about attracting attention. And if you are really trying to get noticed and maximize the attention that your tradeshow booth can bring to your company, you will want to get some media coverage in order to achieve this goal. But, that can be easier said than done. Many people aren’t sure where to start when it comes to attracting positive media attention.

First off, it’s important to know who you should be pursuing. Unless you are exhibiting at a global expo, you might have to settle for attracting a couple of influential bloggers to your tradeshow booth or some industry media.

But, this kind of coverage can really extend your brand’s reach and increase the awareness of what you are doing. You don’t need to be featured in a major news outlet like the New York Times or Bloomberg News in order to really see some benefit from the coverage. Even a blog post or tweet from an influential person can bring substantial traffic to your website which might  convert into sales or help your branding go viral.

Don’t Cheapen Your Brand Just To Get Noticed

So, what kind of trade show booth ideas get you noticed by the media? That’s a great question. A lot of times we think that the best way to get noticed is to have a very flashy presence or engage in a publicity stunt, such as featuring a celebrity guest, exotic animal or other spectacle to draw attention with. These publicity stunts can work, but they can also be expensive and if not done well they can actually detract from your brand.

It’s important to remember that, fundamentally, trade shows are about promoting your brand. That means that you need to make sure that whatever trade show booth ideas you employ to attract media attention and draw the interest of attendees are situated to promote your brand and fit within your brand image. A monkey may attract a lot of attention, but unless you’re selling bananas you might think twice about how well that fits your image.

Seek Out The Attention You Desire

Press releases allow you to release information in a format that is specifically aimed at media and thus more likely to get picked up by reporters, journalists and bloggers. Increase the chances that your press release gets picked up by providing new information on a popular topic or a fresh spin on an issue. Announcements of new product lines can also be great press release fodder. Journalists and bloggers know that they can attract more readers for their own articles if they publish something unique and interesting.

Also, don’t be afraid to go right to the source. If you like a particular blog or take note of the good work of an industry reporter, don’t be afraid to contact that individual. Let them know you are reaching out to them first because you admire their work and their writing. If it’s honestly true, it isn’t just meaningless flattery and it can significantly increase the chances that you get covered by that blogger or reporter.

When you discover that an attendee visiting your tradeshow booth is a blogger or a journalist, resist the urge to smother them with attention or forcefully walk them through all of your products and displays. Instead, eagerly and casually answer all of their questions and show some interest in their work. Offer to provide access to officials, spokespersons or even executives if you think that the reporter can provide the kind of exposure that you are looking for.

Just as you shouldn’t be unnecessarily overbearing with a blogger or reporter, you should make sure that staffers at your booth aren’t too hands off or fail to provide the information and context that bloggers and reporters need to do their jobs. Communicate with them with a casual attitude and passionately explain your story, while taking steps to encourage them to fully engage with your tradeshow booth.

Another way to increase the likelihood of media coverage is to engage with reporters and bloggers through social media. Not only is ‘live tweeting’ one of the most important trade show booth ideas to maximize your online exposure, it is a great way to increase engagement with media, reporters and bloggers. Live tweeting makes it more likely for these individuals to pick up on your tradeshow booth happenings and it also allows you to engage in a conversation with them online.

At your next trade show, don’t limit yourself to the expo center. By engaging with the media you help to maximize your trade show presence by increasing your audience and thus your company’s reach in general.