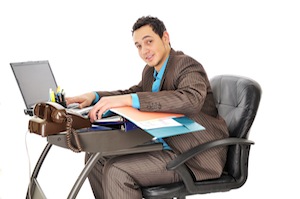 If you’ve ever thrown a party for 100 people, or planned a wedding of a decent size you know all of the preparation and legwork that goes into organizing that size of event. Now, imagine that magnified by about 100 or even 1,000 times and you’ll begin to understand the sheer magnitude of logistical planning and preparation that goes into preparing a trade show. From lodging, to transportation, to advertising and event storage, there is a lot involved with setting up for the larger expos. That’s why, even though they are extremely lucrative in many cases for the revenue they can bring area businesses, many times the larger expos simply can’t be won by small cities.

The problem is definitely a bummer for planners and industry officials in your mid-sized and small cities. These shows can really have a huge net economic benefit for the town in which they are sited. Unfortunately, they also require such a huge bill in terms of lodging and event storage and space that it is tough for a small city to meet the requirements of such a large event.

Take Salt Lake City, for example. The city has already been the site of some conventions and trade shows, but it is trying to win more of them in order to boost economic activity and benefit from the influx in revenue. However, in order to do that, industry professionals are finding that they need more lodging and exhibiting space that can meet the needs of the business professionals who typically attend a trade show.

To that end, investors are trying to get money together in order to build the first major convention-oriented hotel in Salt Lake City. But, it’s an expensive deal and they haven’t been able to get the tax incentives from Utah lawmakers that they want. In the meantime, some of Utah’s trade shows are feeling the pinch that comes from the lack of exhibition space and event storage. Some exhibitors at a recent trade show for producers of outdoor recreational gear were relegated to tiny spaces that afforded them little or no traffic.

It’s a shame, but until these smaller cities can bolster their infrastructure or create other incentives for attracting large expos, they will be unable to reap the financial gains that come from having 10,000 professionals converge on your city.