How To Make An Impact With Your Custom Trade Show Displays 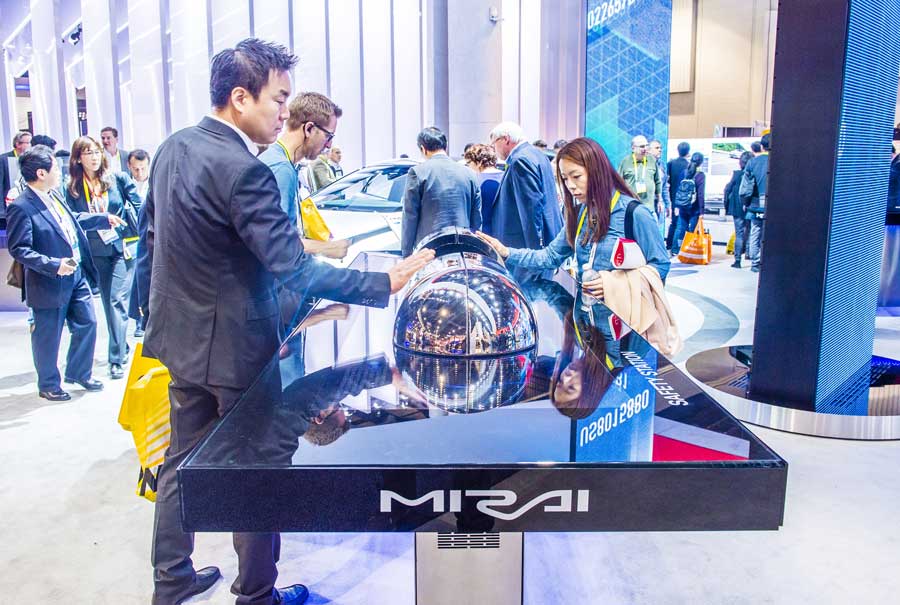 Whether you’re hoping to generate buzz and attract media attention or simply generate leads, sales and revenue, a trade show can be the perfect environment for taking your startup, small business or growth-focused company to the next level.

The only problem is, well, trade shows aren’t exactly a secret. Not only will you need to attract the attention of your target audience to make your trade show a success — you’ll also need to create an exhibit that’s more eye-catching and effective than the competition.

From flashy graphics to high-tech accessories, trade show exhibitors have long made use of various tactics to stand out from the crowd and make an impact, often successfully.

Below, we’ve listed five ways that you can make a bigger impact with your custom trade show displays, ranging from fundamentals such as lighting and visibility to video, tablets and other interesting trade show technology.

As we’ve discussed before, lighting is a crucial element of designing and developing a custom trade show display that stands out and attracts attention.

Just like lighting can make or break a photograph, video or retail store, lighting has a huge effect on how people will perceive your trade show booth. Light your exhibit the right way and you can stand out from the crowd and generate more foot traffic, even with a smaller, less exciting booth.

Light it the wrong way and all of the time, money and expertise you invested in exhibit design is wasted, with a beautifully designed booth that no one can see at its best.

From angles to different types of light, it’s important to talk to your custom trade show graphics displays and exhibits provider to work out a lighting strategy for your booth that maximizes visibility and produces a strong, noticeable visual impact on attendees.

Use Video to Your Advantage

One easy way to make a stronger impact in an exhibition environment is by using video in your booth.

A video, whether a pre-recorded company video or a live demonstration of your product showed on LCD displays, can add an extra dimension to your booth, helping you attract more attendees and generate more interest.

One of the most effective ways to use video is to show your products in settings that just aren’t possible on the trade show floor, from inside a consumer’s living room (for consumer goods) to a commercial, industrial or public setting (for B2B products and services).

Add Tablets and Interactive Media to Your Exhibit

Another great way to stand out at your next trade show is to integrate tablets and interactive media into your exhibit.

While tablets are commonplace technology today, people are still drawn to booths that make use of iPads, Android tablets, and other consumer technology, making a tablet-based product guide, brochure or catalog a great tool for attracting attention.

Does your company have a mobile or tablet app? If so, make use of it at your next event by featuring it on iPads or Android tablets in your booth, giving attendees a reason to enter and interact with your sales team.

Hold a Contest, Promotion or Giveaway

Struggling to stand out from the crowd? One way to make an impact at your next event is by holding a contest, promotion or giveaway that inspires attendees that spend their time in and around your booth.

From a raffle to a spin-the-wheel competition, trade show attendees love taking part in fun, friendly contests. Often, the enjoyment factor is the competition itself, meaning you can run competitions fairly inexpensively by giving away modest prizes.

Another way to generate attention is by offering a promotion or giveaway. Instead of holding a competition, offer vouchers, coupons or discounted deals for people that take action during the event to create buzz and generate on-the-spot results.

Finally, while there are all sorts of design techniques that you can use to attract attention and stand out from the crowd, the best strategy is often to keep your exhibit simple, eye-catching and easy to understand.

In the busy environment of a trade show, there’s no substitute for simplicity. Focus on your key marketing message and you’ll make a bigger impact, especially with the audience of potential customers for which you’re aiming.