Trade Show Locations: Where Should Your Booth Be? 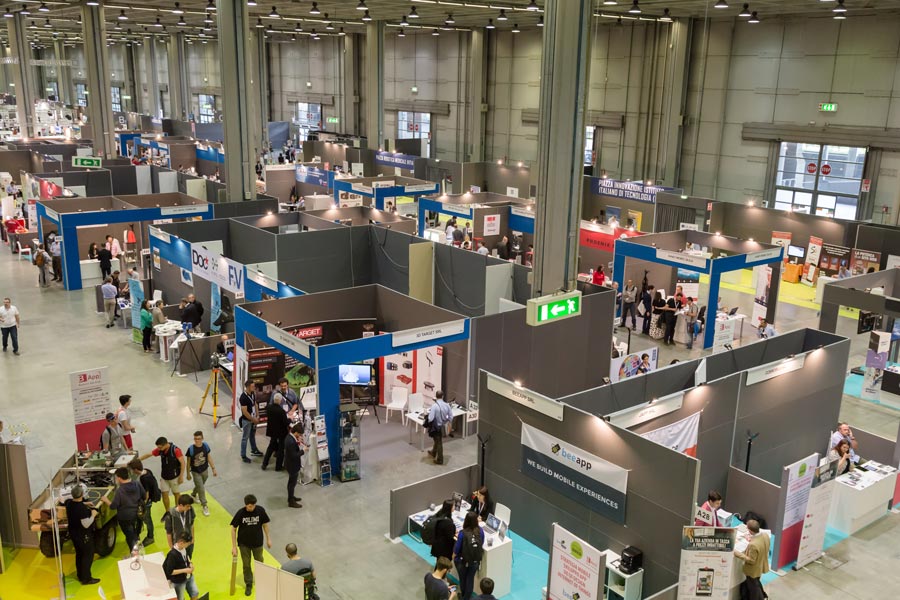 Just like the location of a retail store can have a huge impact on the numbers of customers it attracts, the location you choose for your trade show booth can have a major effect on its total traffic, visibility and return on investment for your business.

Choosing the right location is an important part of exhibiting successfully at a trade show. It’s also an aspect of trade show planning that’s frequently ignored by businesses, who are often more interested in perfecting their booth’s design than optimizing its location.

Pick the right location and you can enjoy a steady stream of visitors, even with a trade show booth that might not be perfect. Choose a suboptimal location, however, and even a flawless exhibit can often fail to have a major impact.

Below, we’ve listed four tips to help you choose the optimal location for your booth at the next trade show you attend. Whether you’re a first-timer or a seasoned trade show exhibitor aiming for maximum impact, try applying these during the planning process for your next event.

If possible, be one of the first booths attendees will notice

One of the most effective ways to generate more leads from your trade show booth is to boost your visibility by setting up shop in a busy, high-traffic area near the show’s entrance.

Another advantage of choosing a location near the event entrance is a comfort. Instead of being the 10th, 20th or 100th booth a tired attendee visits, they’ll step into your booth near the start of the event, feeling focused and ready to interact with your sales team.

Corners, meeting points, and intersections are other good locations to prioritize for your trade show display. All receive lots of foot traffic, and all offer a higher-than-normal level of visibility that can help you generate extra attention.

Both of these options cost less than the “premium” real estate at the front of the event location but still provide more than enough foot traffic and visibility for your trade show booth to perform at a higher level than the competition.

Piggyback on a top brand’s location by being nearby

Your industry’s top brands will often invest hundreds of thousands of dollars into their booths, turning the area around their exhibits into a busy meeting point for attendees.

If you’re willing to think strategically, you can piggyback off this traffic and increase your own visibility level by situating your booth close to a major brand. These spots often cost less than other “premium” locations, all while providing many of the same benefits.

Avoid choosing a location next to a direct competitor

For the most part, it’s best to avoid setting up your booth next to or near a direct competitor to your business. Doing so can make you stand out, but it often creates a negative, competitive environment that isn’t ideal for making the most of a trade show.

The best approach? Don’t be too far away (you don’t want to be on the opposite side of the event floor to your competitors), but keep a healthy distance that allows you to differentiate yourself and stand out without turning the event into an intense competition.