You may have been paying attention last December when the Federal Trade Commission (FTC) discussed native advertising in a workshop titled “Blurred Lines: Advertising or Content” in Washington, D.C. They wanted to review this questionable form of marketing in order to determine if they should crack down on the practice. 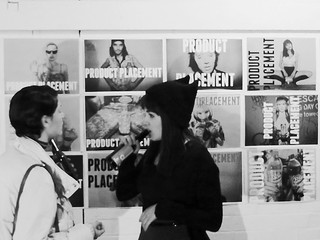 It turned into an all-out battle, with top executives from companies like The Huffington Post, Procter & Gamble, Hearst, and Outbrain showing up to participate in the discussion, with most defending the practice for numerous reasons. Some said that consumers want to see more advertising like this, while others said that it is typically obvious to consumers that it is an advertisement rather than standard content. The trade show booth setup can be compared to native advertising – with a honest twist.

What Is Native Advertising?

Native Advertising is essentially content that doesn’t look like advertising. It seems to blend right in with the site you are visiting. Marketers see it as relevant, although sometimes it is anything but. An example: you are an avid backpacker looking for a new tent. You head to a website to research one option you find interesting, and there on that page is an advertisement for rock climbing gear. It may not be what you were originally visiting the site for, but it’s something a backpacker might naturally click over to in curiosity.

You might notice on certain news outlet websites links to what appear to be additional articles. Link text might say something like “You might be interested in:” The links appear they’ll lead to another news story, when in fact they will just take you to the website of the company that paid to place that advertising link. Other examples of native advertising include promoted videos on YouTube, suggested posts on Facebook, and promoted tweets on Twitter. If you use Gmail, you’ve probably noticed the advertising right there in your inbox. All examples blend right in with their surroundings, usually barely noticed by consumers.

Not Exclusive To Print

It even exists on television. The next time you see a major news outlet conducting an interview, pay close attention. Chances are it is a perfectly disguised advertisement for whatever that person’s company makes. For example, ABC’s Good Morning America had a major singlalong event to celebrate the movie Frozen, where children across America could submit their own videos of them singing along with the popular song from the movie, “Let It Go.” When you analyze it a bit more, you’ll realize that Disney owns ABC, and it all makes sense.

Isn’t all of the branded content misleading consumers? The FTC certainly thought so when they met in December. The workshop they held with companies putting this advertising strategy to work was to gain a better understanding of the practice. The FTC’s attorney, Lesley Fair, ended up going through a series of slides featuring ads she deemed deceptive. She stressed the importance of disclosure, but the very nature of native advertising goes against this idea of labeling something to say “Hi, I am an ad!”

While there is no regulation on the practice yet, you can be sure the FTC is watching to see what happens. If enough consumers are fooled and complain, they will have no choice but to act. Marketing departments all over are hoping this doesn’t happen, as they believe it to be the best way to get people clicking on those advertising links. For now, they are content to hang out in the giant loophole they’ve found, praying it doesn’t close.

Its Relation To Trade Shows

Now, on to how this deceptive advertising practice is similar to trade shows. In a way, a trade show is similar to native advertising without the controversy. If you look at the overall experience of the trade show, it all makes sense. You are there representing a specific industry, and spend the day wandering through the exhibit booths set up on the show floor. Each one relates back to that industry, so of course, you can find value in just about all of the booths there.

Let’s keep with the outdoorsmen-themed example. While you are stopped at a booth displaying the latest tents, a climbing gear booth catches your eye. From there, you can see your next stop, a company that makes energy gel packs. You get the picture – it’s a trade show full of exactly what you want to see and are interested in. It’s better than native advertising – it doesn’t fool you into thinking it’s relevant content!

Need some ideas or inspiration?

See the diverse solutions created for our clients